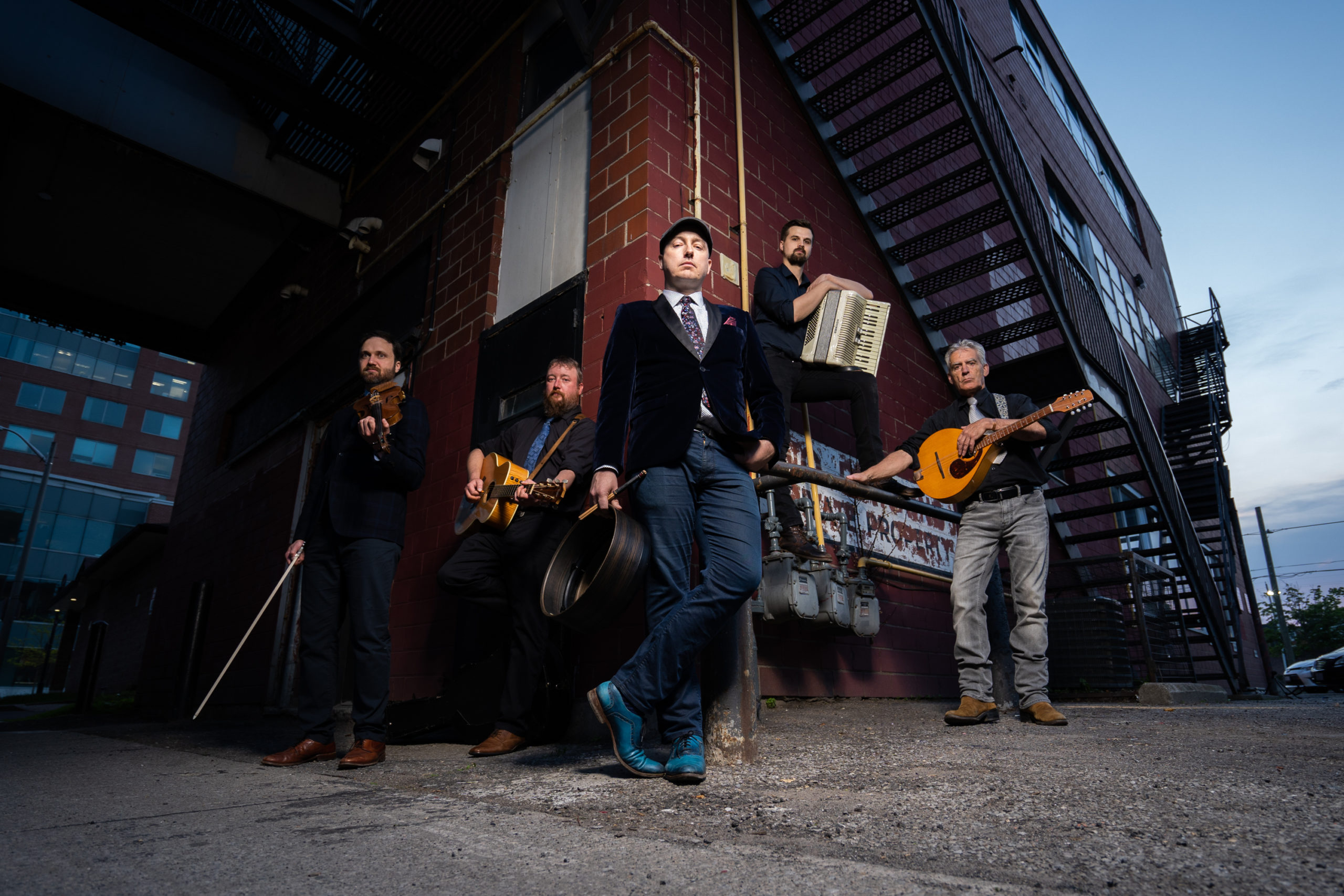 The Steel City Rovers perform dynamic and expressive music that is a unique composite of traditional Celtic music and North American styles including bluegrass, folk and roots. Their original works touch on issues of love, loss, celebration and heritage and they also breathe life into newly-discovered instrumental melodies from as far back as centuries ago. Their sophisticated arrangements are inviting for the most casual listener but are rewarding for those who are well versed in the nuances of musical complexity. The Rovers stand out for their powerful, emotive vocals and engaging entertainment. They perform on meticulously crafted replicas of historical instruments that rarely appear on today’s musical landscape. This highly active touring band headlines large festival stages, gives intimate concert performances, educates in a variety of workshop and master-class settings and performs internationally with symphonies. They create, collaborate and work hard to further the love and awareness of music. 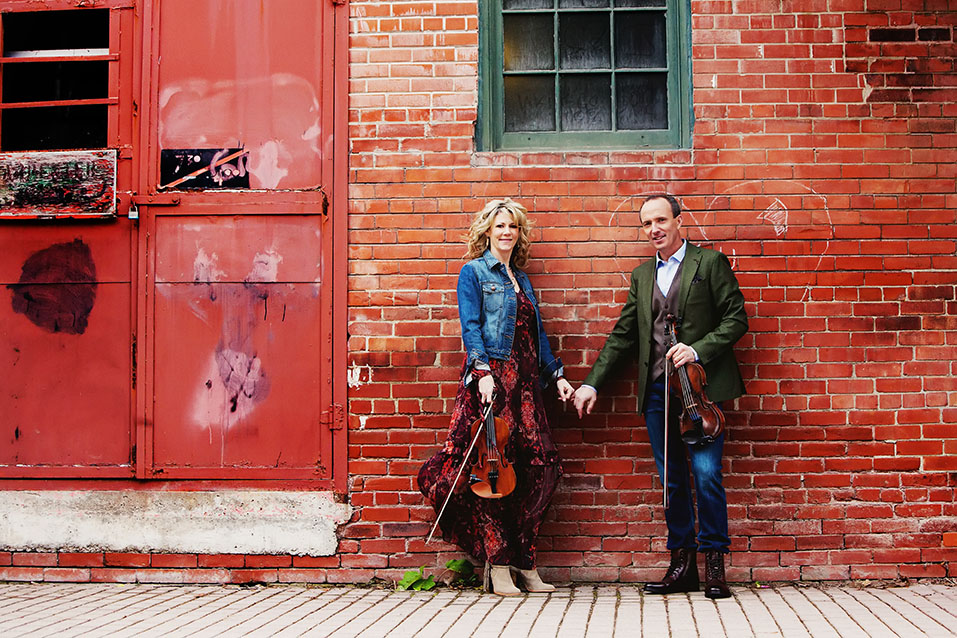 Fiddler and step-dancer Natalie MacMaster is one of Cape Breton, Nova Scotia’s most important exports and a superstar in the Celtic music world. Former frontman and business lead of the group Leahy, Donnell Leahy, alongside his wife, has cemented his reputation as a peerless instrumentalist. Together, they are a must-see live performance. 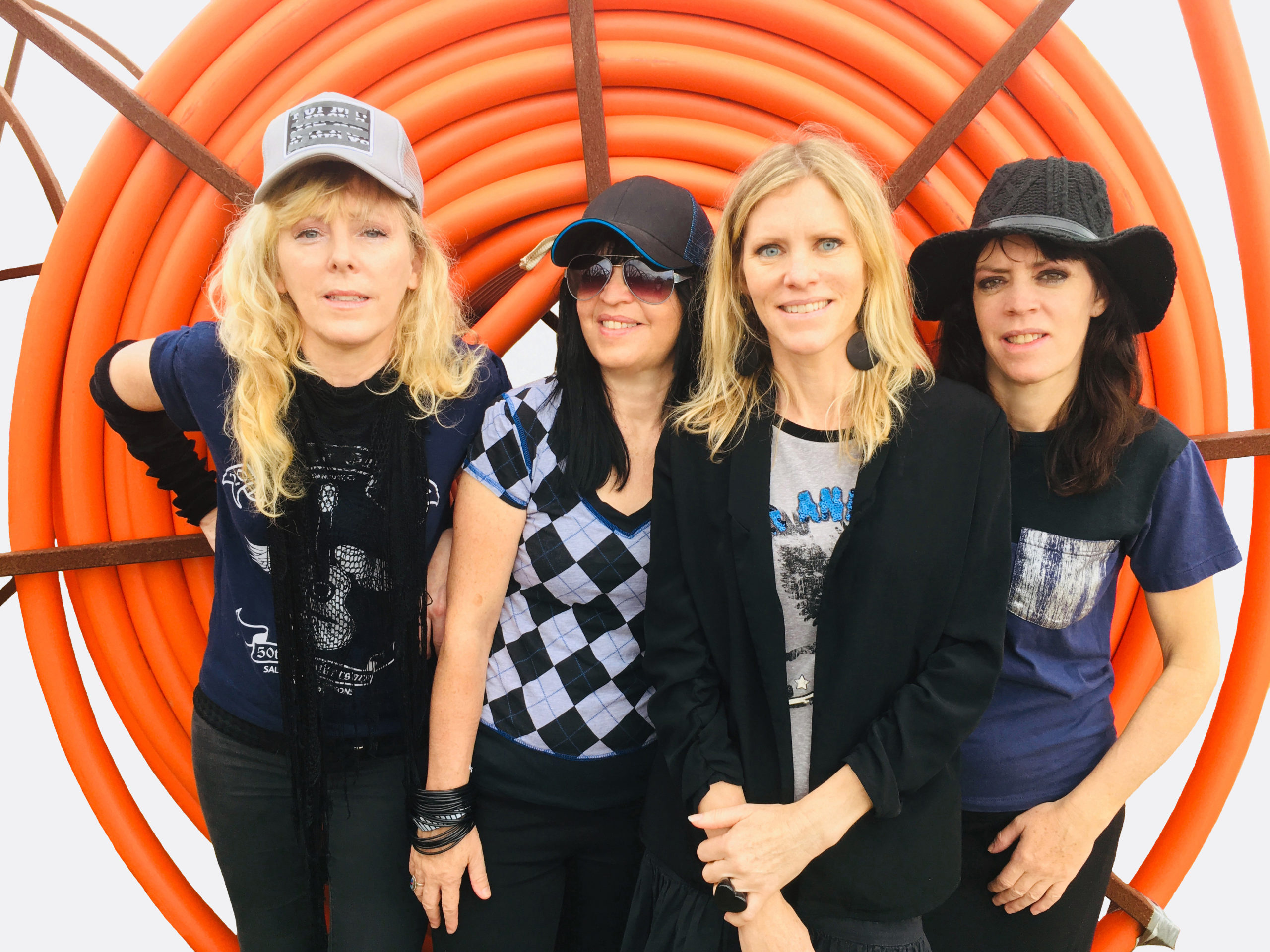 Screaming Orphans, an all-sister band from Bundoran, Co. Donegal, Ireland, are one of the most sought after Celtic bands with a powerful, award-winning sound, combining their original melodic pop songs with a unique take on traditional Irish music and song. 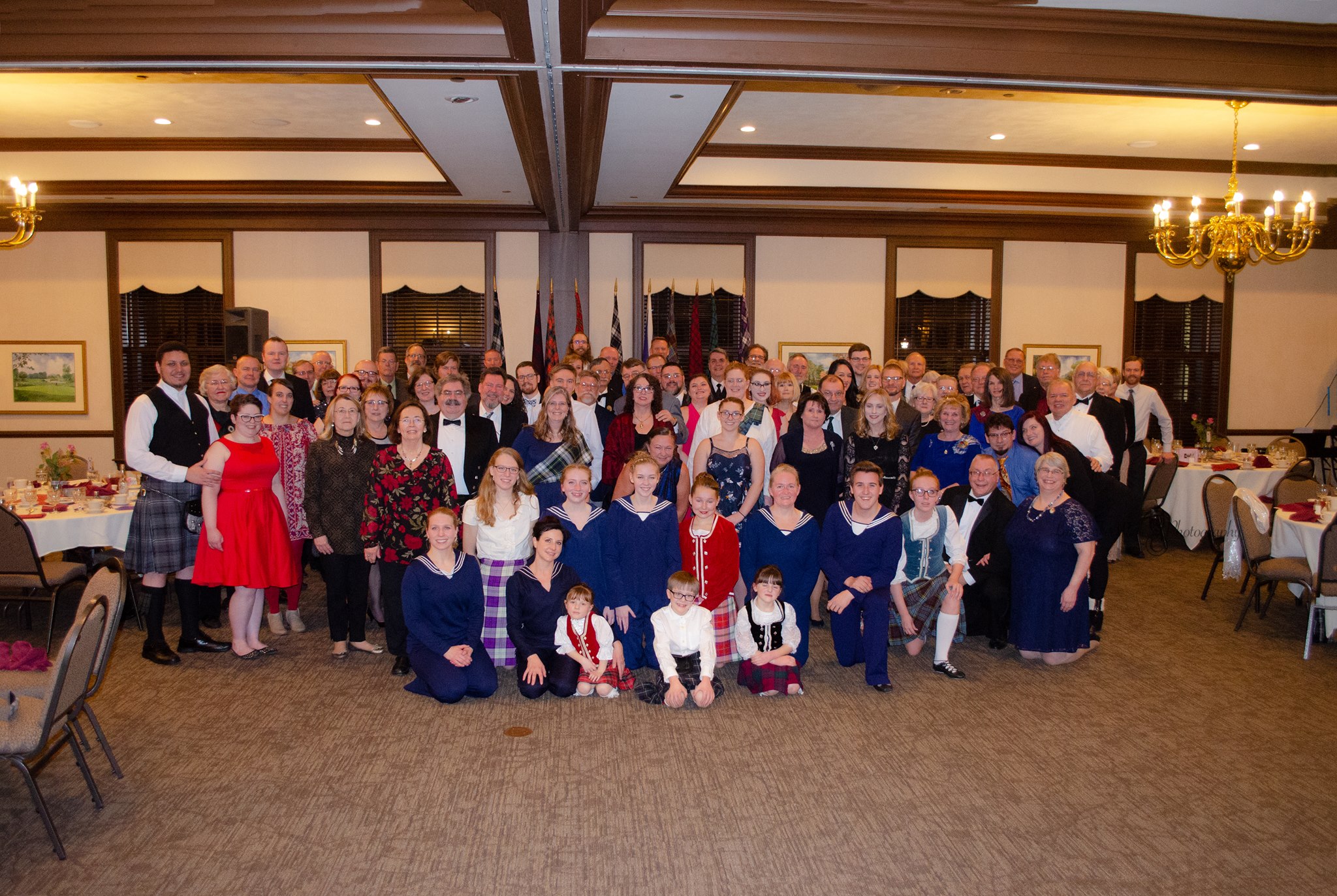 Scottish Highland Dancing is the perfect combination of art and sport. You do not have to be Scottish to participate in this type of dance. Whether your interest lies in performing or competing, Highland Dancing is for you! Boys and girls of all ages and skill levels perform and compete together throughout the year at local, national, and international events. Wearing the traditional kilt and dancing to bagpipe music will develop skills that will give you valuable experiences that can have a positive impact throughout life. 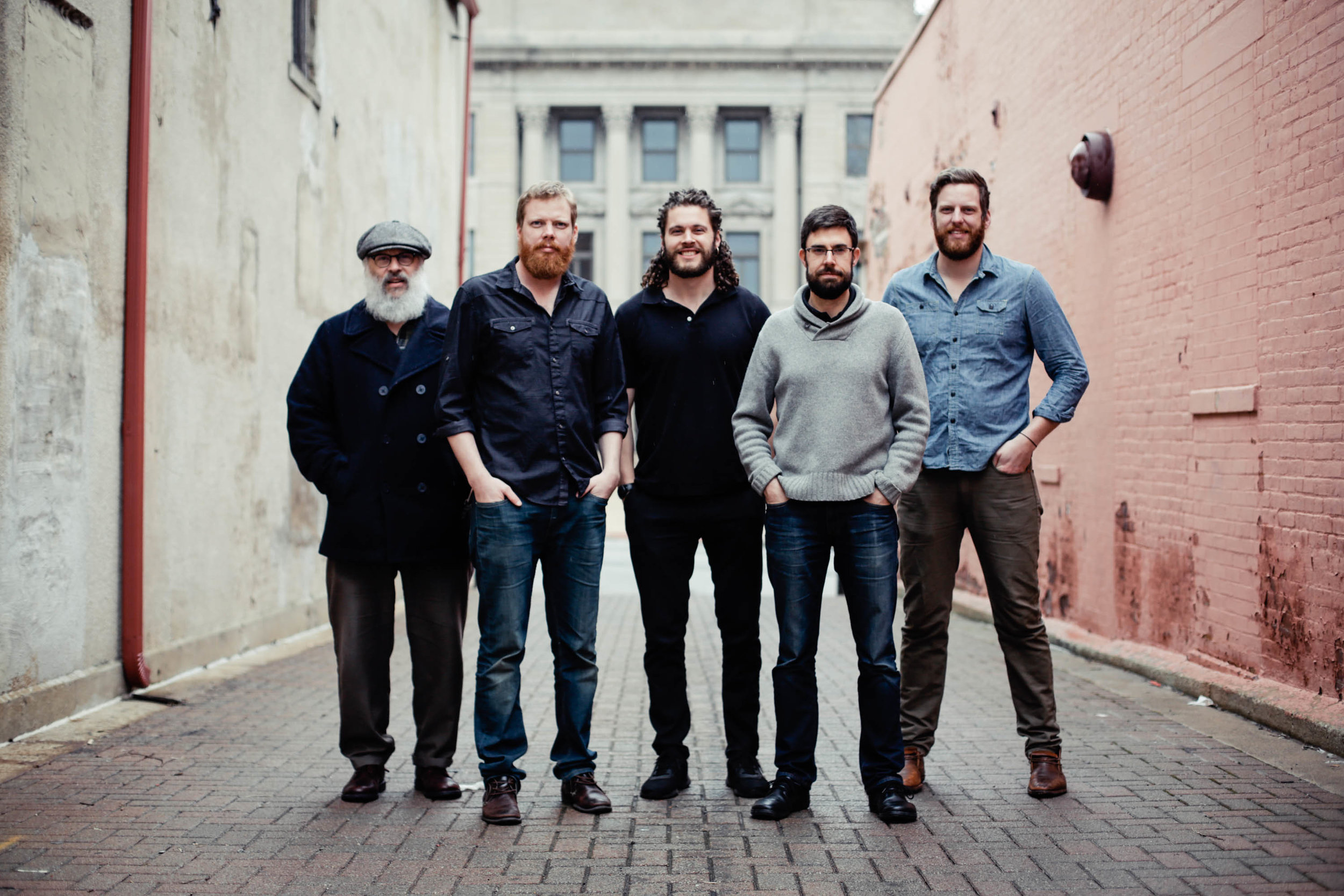 The Drowsy Lads thundered onto the Irish music scene in the US over 15 years ago and have become fan favorites at every turn. Sticking to traditional roots the Lads bring a fire and excitement that is quickly winning over audiences.  The Lads are fond of creating their own spirited arrangements and offering occasional original compositions, even mixing in some bits of Bluegrass or Classical. 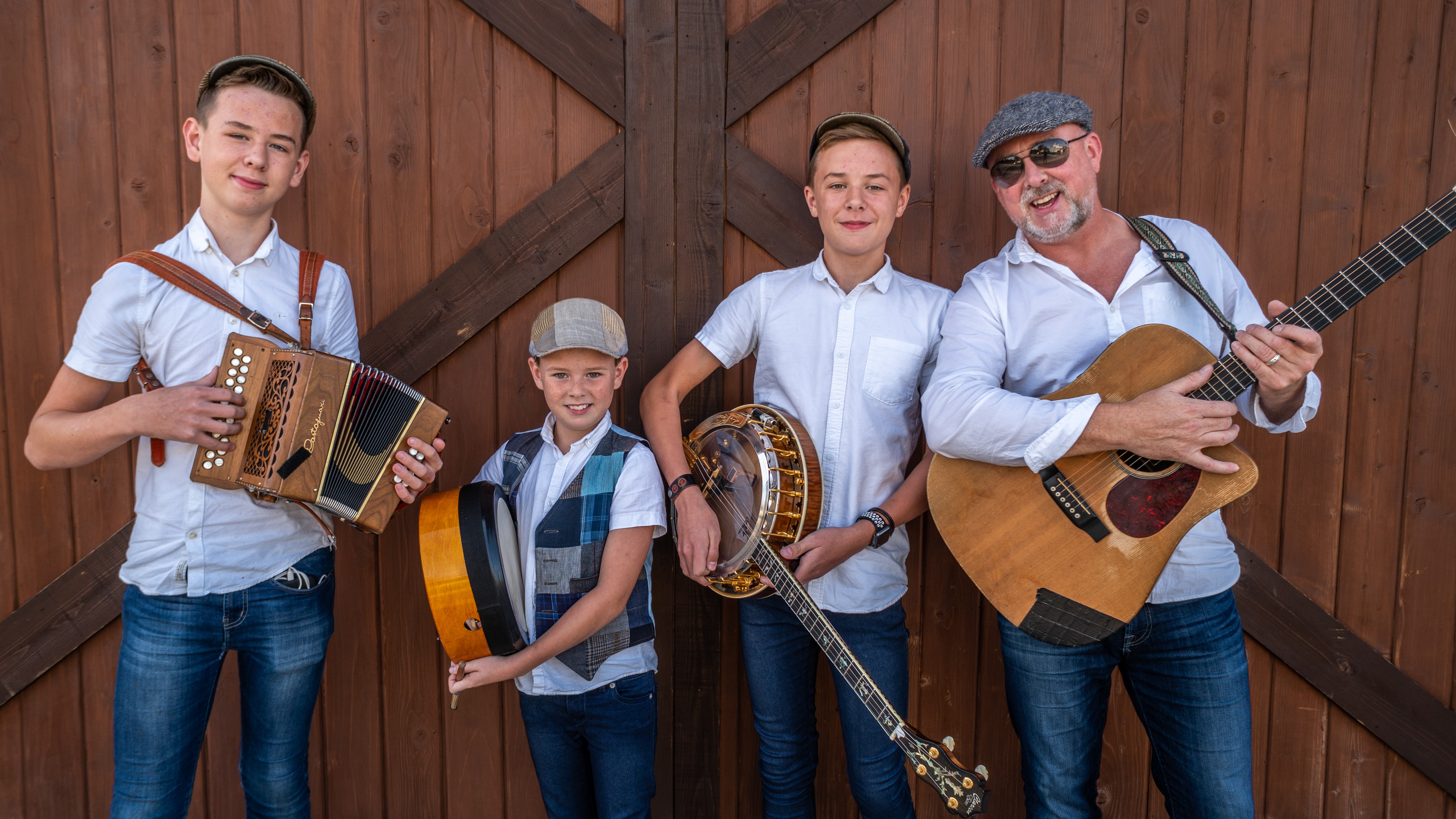 The Byrne Brothers are a Traditional Irish music and dancing family from Ireland. Their show combines explosive foot stomping Jigs & Reels with world class Irish Dancing and singing. The boys will have you in stitches all night long with stories and antics and in tears before the night is out with beautiful songs like Amazing Grace into a grand finale with Bagpipes and the three brothers dancing together. 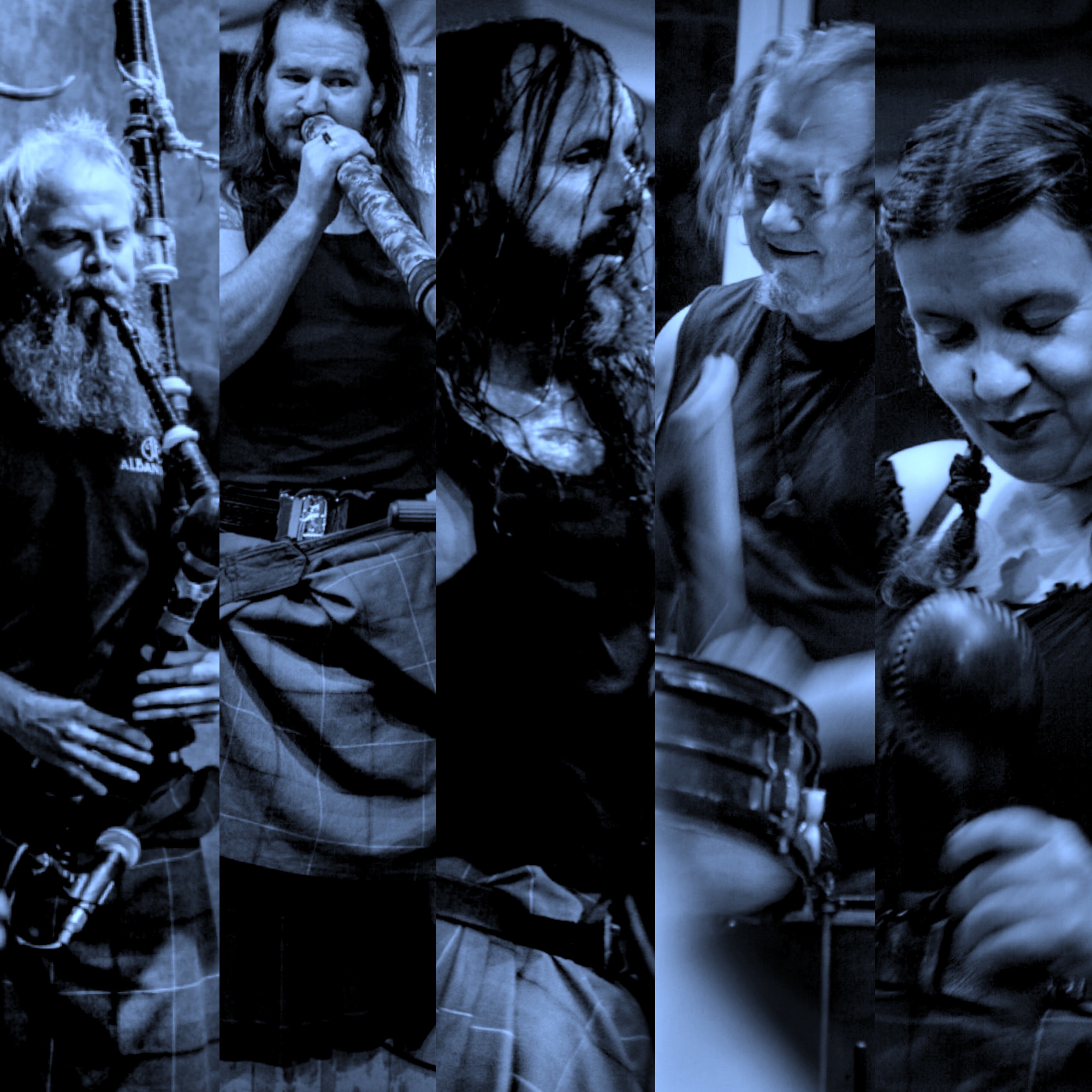 Founded in 2005, this Pipes & Drums band has taken the USA by storm. Their unique style, charismatic stage performance, and love for all things Scottish has drawn crowds from coast to coast. A MUST SEE! Not just another Scottish Pipes & Drums band! Albannach’s primal drumming and precise piping stirs the soul of anyone who hears them – young and old! 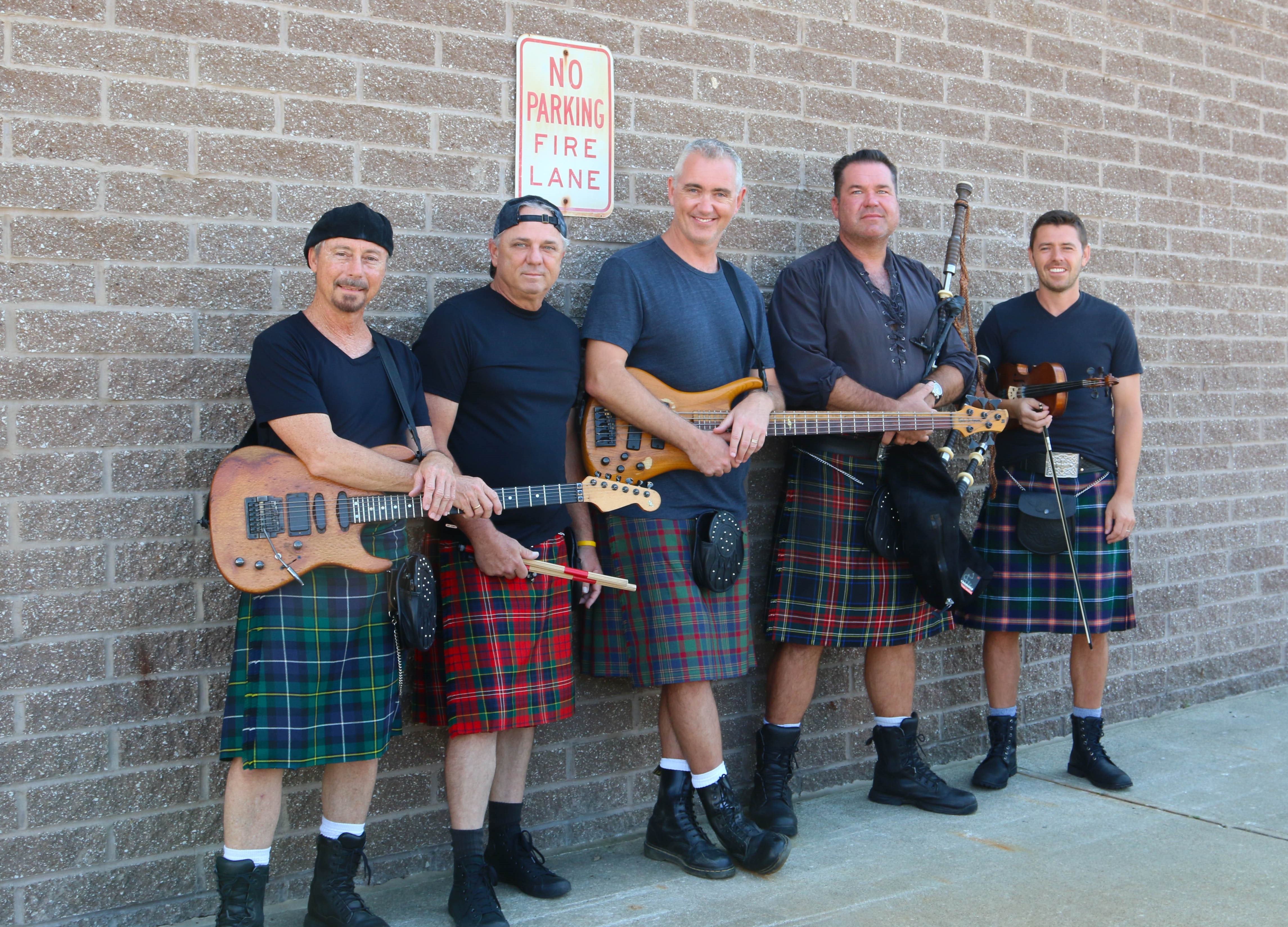 Off Kilter is a high-energy Celtic rock band founded by Jamie Holton, bagpiper, in 1996. The band is a unique blend of traditional Celtic tunes and songs with a rock twist, popular covers arranged with a Celtic rock feel, and original songs. Instruments consist of bagpipes, Irish whistles, electric guitar, bass, fiddle, drums and vocals. The band recently ended an 18 year run as one of the most popular bands at Walt Disney World in Florida, and currently tours the country performing at many different venues. Off Kilter has a huge following and draws several thousand fans when they appear at festivals and concerts. Off Kilter recently released their 6th album titled One More Time to enormous success. Fans can follow the band on their website offkilterrocks.com on Facebook and Twitter and see some of their performances on Youtube. 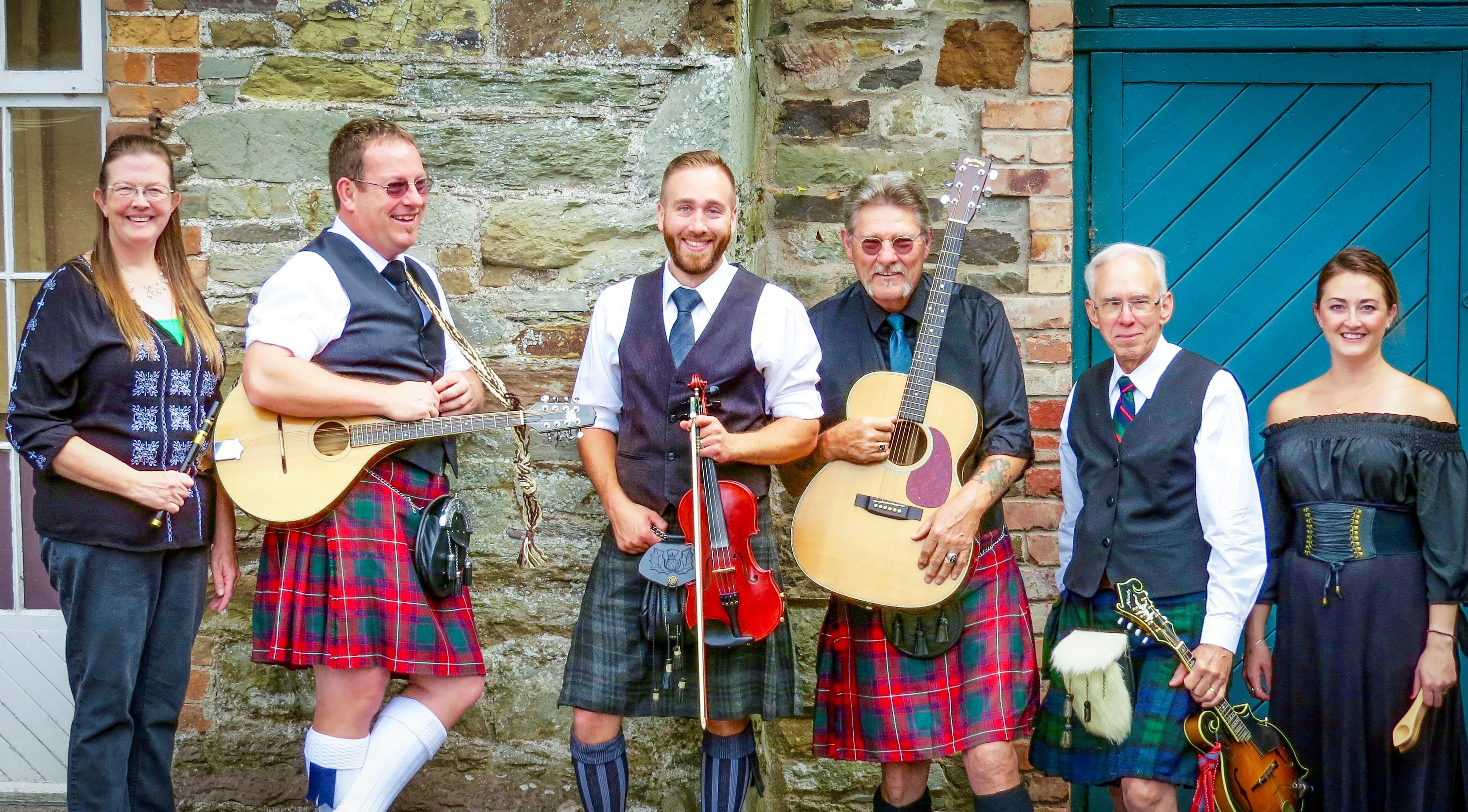 Father Son and Friends is a traditional Celtic-Americana Folk Band with Scots-Irish roots that settled in Kentucky, USA.  Now calling Englewood, Ohio home, Father Son and Friends travel the country promoting their Celtic heritage at Highland Games, Irish Festivals, Historical Festivals, Community Festivals, Theaters and Pubs. Their shows will have you laughing, clapping and singing along. 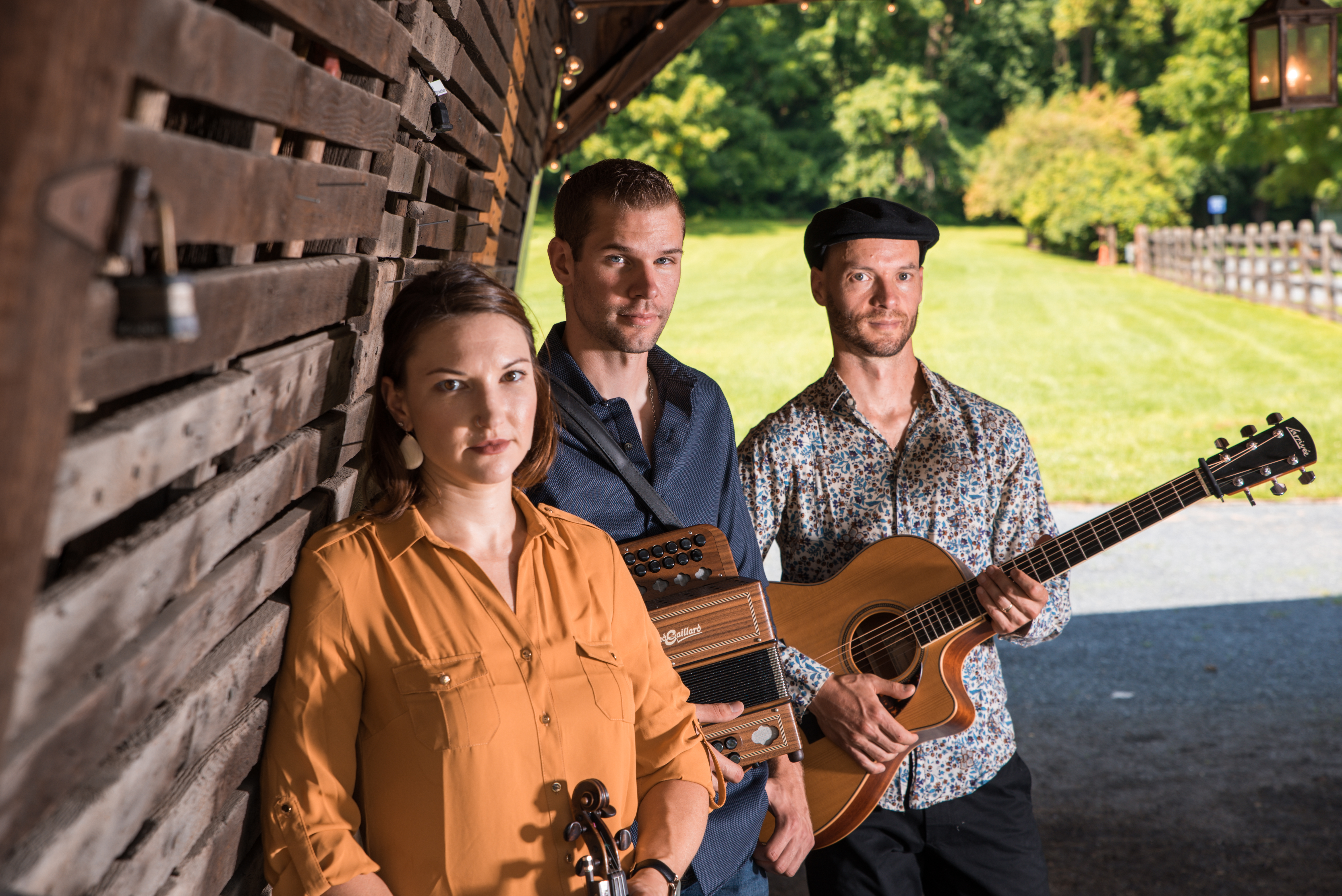 An energetic trio of Celtic artists blending Celtic and American folk music. Poor Man’s Gambit is based out of Pennsylvania and has a long performance list including regional festivals, events, and a tour of England and Ireland.

Dulahan’s music is a Celtic hybrid that pays homage to the traditional but incorporates all the varied musical influences of the four members into its unique sound. The result is a unique blend of creative songwriting and musical energy that draws on both contemporary and the traditional Celtic but also unmistakably contains subtle hints of a Roots/Americana feel as well. 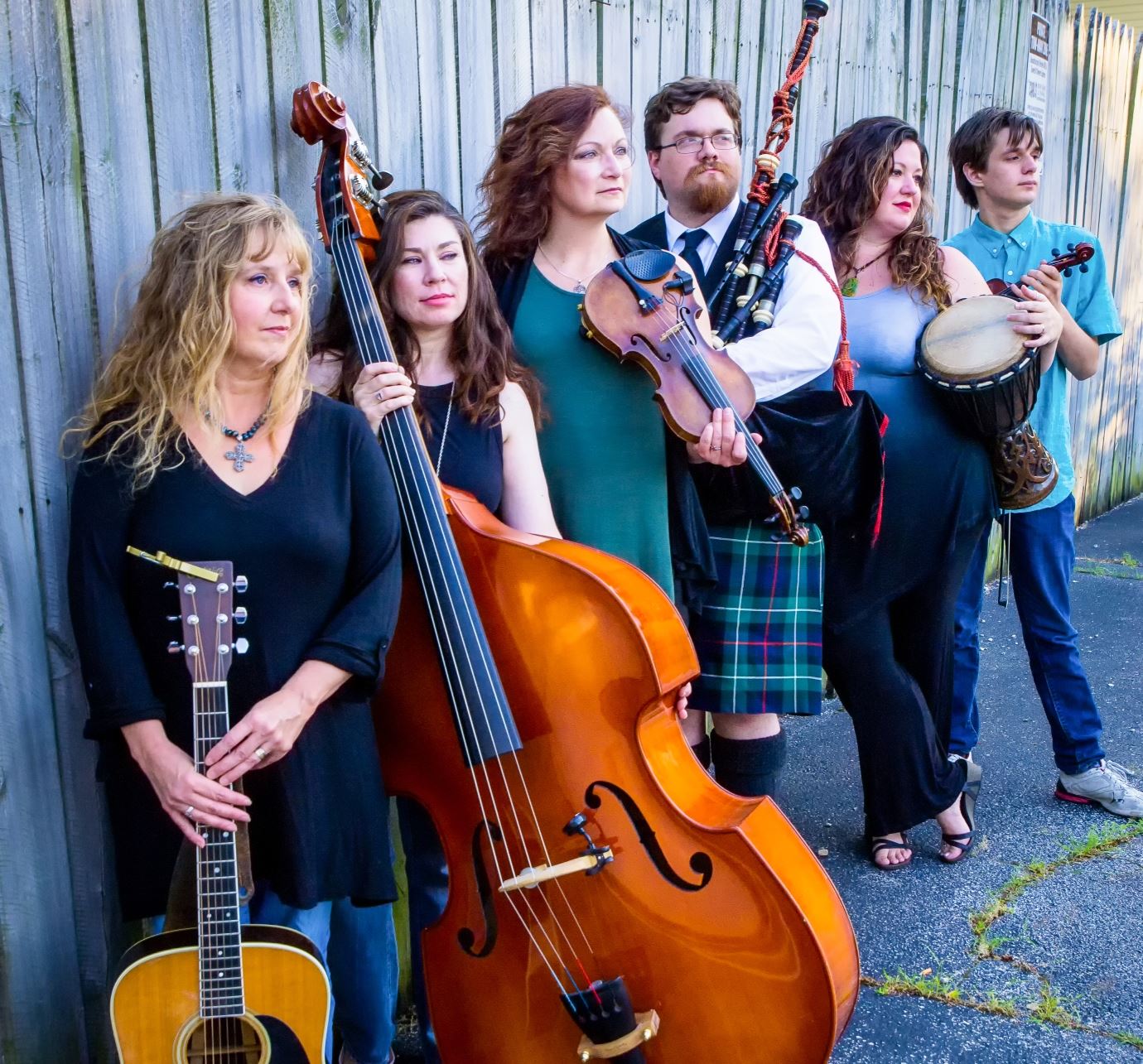 As Dayton’s premier Irish dance school, the Celtic Academy has performed with National & Internationally known bands Gaelic Storm, The Elders, Scythian and We Banjo Three.  St. Patrick’s Day is the highlight of the year, with performances at over 70 locations, as well as many performances throughout the year for various organizations and functions, including the United Irish of Dayton Celtic Festival, the A World A’Fair, the Ohio Renaissance Festival and the Harlem Globetrotters.  Always in high demand, the Celtic Academy feels privileged to be able to share the joy of Irish Dance not only within Dayton but also its surrounding communities. 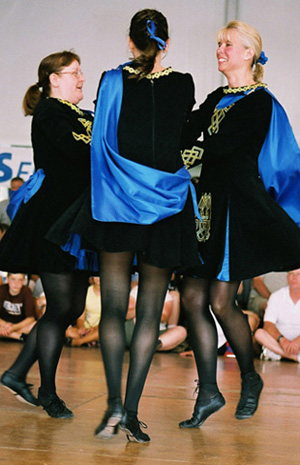 Columbus Celtic Dancers is an organization of adult Irish step dancers in Columbus, Ohio. We are dedicated to preserving and promoting Irish culture through the art of traditional Irish step dancing. Members attend weekly classes to learn and enjoy group and solo dancing. Dancers participate for many reasons: to take part in an Irish cultural tradition, exercise, compete, perform, and/or to just have fun. 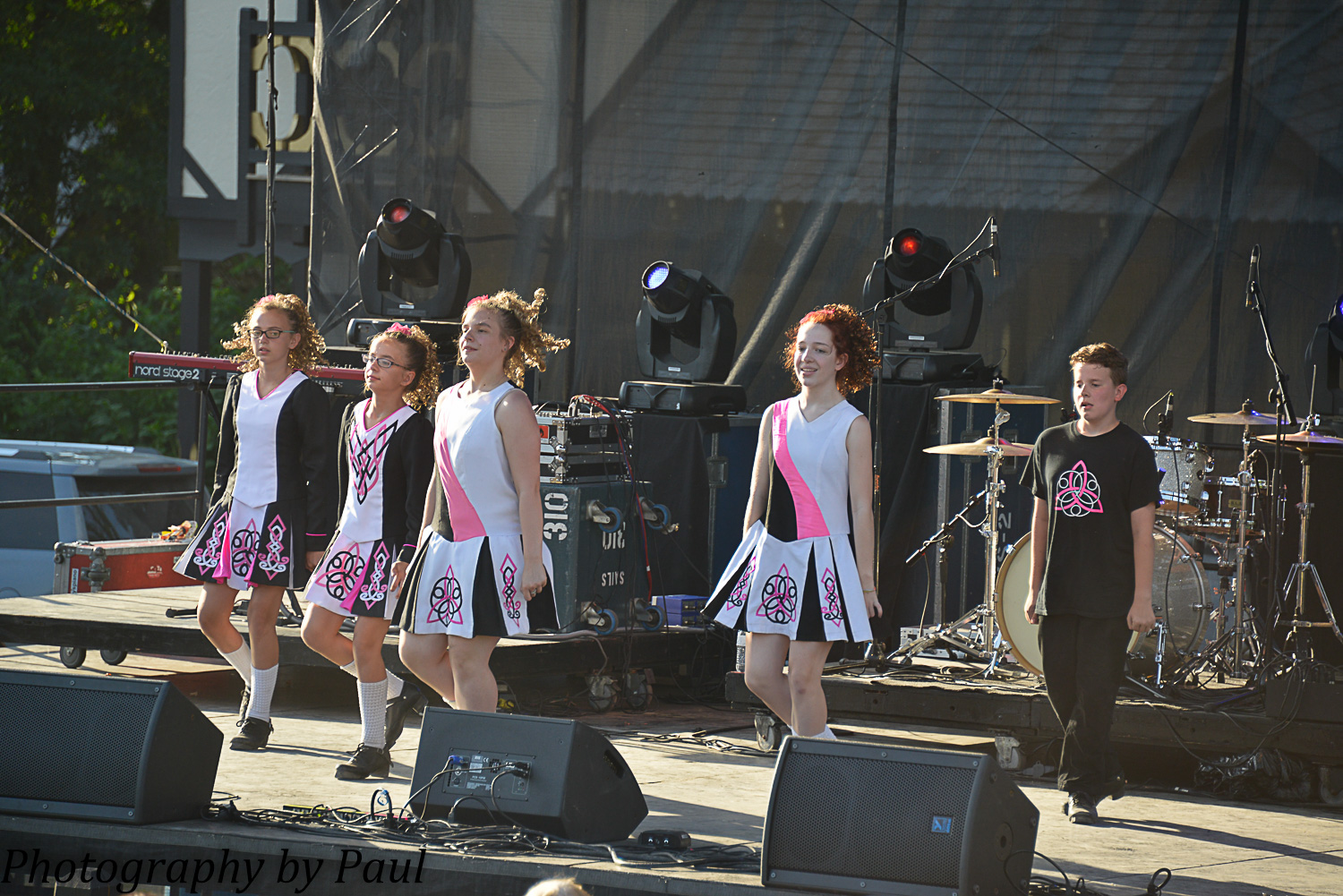 The mission of the McGovern Ceili Dancers is to provide exceptional Irish dance instruction for Beginner through Championship levels.  Classes for ages three to adult, at all of our Ohio and Indiana locations. We strive  to develop the self-esteem, confidence, and Irish dance  skills of each dancer in a positive, nurturing environment where all of our students can reach their full potential. We work  to instill a sense of unity and friendship among our students and their families through a variety of Irish cultural events and opportunities at the McGovern Ceili Dancers.

The Richens/Timm Academy is one of the most recognizable and respected names in the world of Irish dance.  It is the most established and accomplished school in both central Ohio, central Indiana and now Wyoming.  The Academy’s rich history began over 35 years ago when Ann Richens ADCRG, a native of Dublin, Ireland, began traveling to Columbus from Dayton, Ohio to share her passion for Irish dance.  After her prized pupil, John Timm, captured the 1993 Senior Men’s World Championship title, they partnered and the school became the Richens/Timm Academy.  Following Ann’s passing in 2011, Richens/Timm is now directed by John and his wife, Heather Timm. The Richens/Timm Academy currently serves locations in Dublin, Columbus and Dayton, OH , Indianapolis and Tipton, IN, and a sister school in Casper, Wyoming.

see all the bands & events

Enjoy a wide variety of foods from Irish and Scottish to traditional American fare.

“May you be in Heaven a half-hour before the devil knows your dead!”